LIBBY, Mont., Nov. 27, 2019 /PRNewswire/ — The Center for Asbestos Related Disease (CARD), is implementing a new component of the screening program for asbestos related diseases, called an ANA test. There is no cost for this test. The decision to add this test was based on the research that has been done over the years that suggest a link between exposure to Libby Amphibole Asbestos and some autoimmune diseases. Because these diseases have treatments that work best if the disease is caught early, screening is an important tool to improve health in communities. 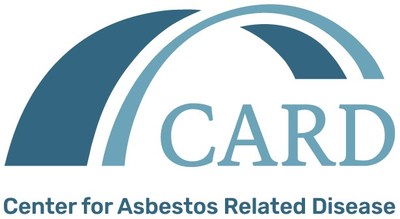 ANA stands for antinuclear antibodies. These antibodies form in the blood when the body mistakes its own cells and tissues as foreign material and starts fighting against itself. This can lead to pain, fatigue, rashes, swollen joints, and a variety of other symptoms. The test is usually positive in people with diseases like systemic lupus or scleroderma. Research done in collaboration with CARD has even suggested that the ANA occur more often in people who have a painful form of the Libby lung disease called Lamellar Pleural Thickening. Therefore, early detection of these antibodies may help healthcare professionals better manage disease symptoms and progression.

The ANA test is done using a small amount of blood drawn from the arm at the hospital. The test will tell CARD whether the patient has any of the antibodies and give an idea of how much the body is making. If the patient’s test is positive, clinic staff will talk to him or her about what that means. If it is negative, it simply becomes a baseline to monitor in the future.

About CARD:
The Center for Asbestos Related Disease (CARD) has emerged as a national center of excellence in addressing healthcare issues associated with Libby Amphibole (previously called tremolite) asbestos. The CARD Clinic evolved in response to raised awareness of widespread asbestos exposure in the Libby area that surfaced in 1999. After the ATSDR (Agency for Toxic Substances and Disease Registry) screenings during 2000 and 2001 identified the high number of lung abnormalities, it became apparent to the community that long-term specialty care needed to be established in Libby.

More information on this test is available through the CARD clinic.